‘Dream a little before you think’: 19 mundane dreams about cultural policy 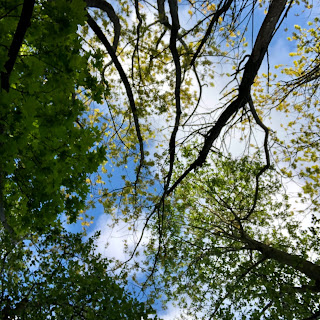 ‘We are in a mess, we know; we have to get out, and only the archaic definition of the word “dreaming” will save us: “to envision; a series of images of unusual vividness, clarity, order and significance.” Unusual, clarity, order, significance, vividness. Undertaking that kind of dreaming we avoid complicating what is simple or simplifying what is complicated, soiling instead of solving, ruining what should be revered.’  Toni Morrison

Right now, the days seems to crash straight into dreams. Picking dough off my forearms with my fingernails while being interviewed for jobs I don’t want, in a pin-striped suit I should never have bought. Running between laptops in farce-mode having three Zoom meetings simultaneously like a bad cover version of Jimmy Stewart playing Eddie The Eagle. Being pushed up to sing at a succession of folk clubs, able to stutter only the phrase ‘blahblahblah shoals of herring’. Starting fights in the park. The details may be mine alone, the anxiety isn’t.

The phrase ‘new normal’ bounces off the empty walls of my brain too rapidly for me to make sense of it. It feels too early to be thinking of such things, or far too late. So much of what people talk about when they talk about the new normal feels like the old normal anyway, or how it looked sometimes through certain windows and gaps in the fences; ‘normal’ being, like the future, always already here, just not evenly distributed. This has not prevented me using the phrase myself.

Lots of people are writing good, interesting things about the current crisis, and the dangers and potential it might hold. I have put 19 of those together in a separate blog. For some people that maybe more useful than what follows.

But in this post I want to share some deliberately mundane waking dreams of the cultural sector and cultural policy in the future. I am interested in the glimpses a different kind of dreaming might give. I am inspired by the  phrase I’ve used as the title, which found me recently in an essay by Toni Morrison. It’s in her book of essays, Mouth Full of Blood, and is actually advice from a Commencement Address she gave at Sarah Lawrence University in 1988.

‘Dream a little before you think’ is a helpful steer for someone like me. What follows is a series of images, not a full picture. There may be order, but also, I suspect, contradiction. They put strategy and tactics aside. I want to leave to others, or to other times, pandemic panegyric ‘case studies’, and ‘new normal’ calls that chant old abstract mantra phrases, wondering why the universe has yet to reward them. I want to be specific in the way dreams are, and to avoid what has lately felt like the ‘soiling’ effect Morrison refers to that cultural strategy language can have on lived experience. There have been and will be again, perhaps, times for words like education, sector, workforce, engagement, diversity, well-being, even care. But they are not what feel useful to me to right now. This might be a selfish feeling. The abstract brings out my anxiety, like polyester does eczema, the specific, the tactile, actual sounds and movements and tastes have helped.

Like dreams what follows may not make sense, may not cohere, or include ‘a call to action’. Some things might not be wholly positive. Some might seem entirely banal to you, dear reader. So it goes. Dreams often are banal, at least mine are. No salami-slicing eyeballs, melting clocks or tiktok-making hippos, no red flags from the opera house roof, sorry.

By the bed, a pad was found, with the heading ‘NO DREAMS ALLOWED: STAY ALERT’ in neat handwriting. It bears the following bullet-pointed list, written in an increasingly frantic-looking hand.

·      Universal Basic Income now!
·      Pensions and CPD percentages on all freelancer invoices
·      Training levy on all cultural activity
·      Redistribution of funds to local level
·      Place-based funding for commons not consortia
·      Obligatory community (all types) membership of boards
·      Everyday creativity and well-being via many channels
·      Conflict resolution
·      Community chests
·      Ignore those that ignore you
·      Community asset transfer of closing charity/commercial assets as well as local authority ones
·      People not structure
·      Care
·       [illegible]