Re. arts: thoughts from Sartre - choice, collectivity, collaboration and contingency 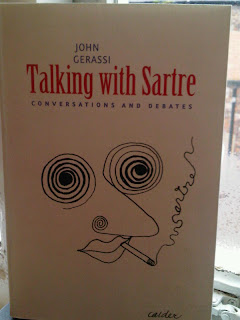 I recently came across Talking with Sartre, a fascinating book of ‘conversations and debates’ between Jean-Paul Sartre and John Gerassi, recorded between 1970 and 1974. When I was sixteen I had a picture of Sartre stuck to my guitar, cut from his obituary, and a Penguin Modern Classic of The Age of Reason in my long-overcoat pocket. (Think I can be a bit much now, you should have met me then...) Sartre fell out of fashion – after the collapse of the Berlin Wall I guess, but probably also because he wasn’t as cool looking as Camus – but for me he still sat there in the background, till Hazel Rowley’s book on his relationship with Simone de Beauvoir Tête à Tête revived my interest in and respect for a peculiar and flawed man who struggled to find an authentic way to be in the world, coming to define a kind of engagement with ideas and politics – and writing. 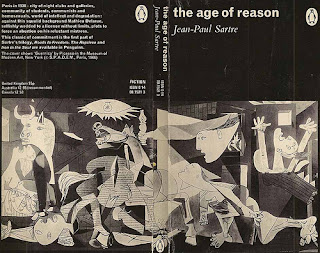 I don’t have time or space for a ‘reassessment’ of Sartre, nor the philosophical knowledge. But I found this book of essays so stimulating I wanted to share a few tangential thoughts relating to arts and culture inspired by it, as well as letting those interested know about its existence.
Ok, enough. I will now go directly to Pseud's Corner, without passing go or collecting 200 francs...
arts policy arts policy; collaboration creative industries cultural policy cuts leadership politics strategy writing