Does my budget look big in this? 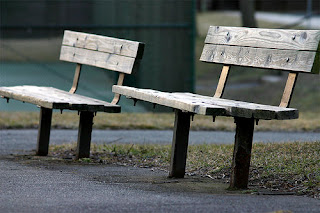 Sarah Thelwall's MyCake now offers a really useful looking Cultural Benchmarking service which is doing, for subscribing organisations, something Arts Council England arguably ought to be doing for the sector with all the data they receive from RFOs and now NPOs. The service allows an organisation to provide its financial information to help create a picture of the sector - which is interesting. But what's really useful as well as interesting (who can afford just 'interesting' these days?) is that the organisation can then benchmark its figures against the averages. Is that increased figure for ticket income really all that great, or just a bit less bad than last year? Are you spending a bigger proportion of your income on rent than other similar organisations? What returns might an organisation of your type and scale expect from intangible assets?


Significantly, the Cultural Benchmarking is increasingly able to distinguish between the very different models of arts organisations, so you can do more meaningful comparisons. (The overall averages mask big differences, of course - the costs of a small touring theatre company will look very different from a a large gallery-based visual arts organisation, say.) The most recent Cultural Benchmark bulletin looks at what's happening in various areas of expenditure. It suggests that those budget lines which are likely to help an organisation when growth comes are, and indeed to increase their chances of getting to that point, are diminishing, whilst those which bring least 'resilience return' as I might put it, are going up.


The latter group include rent, professional fees and utilities, and the message is clear: squeeze them as hard as you can. The data from the benchmarking organisations shows that spend on rent as a percentage of turnover has increased from 10.4% in 2009 to 26.1% in 2010. Go cheap, go empty, go share might be a useful mantra. And don't sign anything that ties you up for too long.


The areas which are actually being squeezed, which MyCake suggest are essential for growth, are marketing, training, and travel. I would agree that saving money here can be damaging to resilience in the medium term, although that doesn't lessen the difficulty of avoiding that. It could be argued that Arts Council England has itself fallen into the trap of reducing the marketing and training budgets by privileging the 'front line' of production at the expense of Creative Partnerships, Cultural Leadership Programme, the Arts Nation national engagement programme, and the audience development agencies' regular funding, to mention just a few. (The case for this is that a maintained 'supply' will be able to cope with recovery, the case against is that the system or ecology can increase supply more quickly than it can to build capacity, skills and assets which have been allowed to die or fall into disrepair.)  It will be interesting to see whether those organisations which maintain their training and marketing budgets - or even increase them - see a financial and organisation 'win' as a result, over those that cut in order to stay as near the current status quo in terms of activity. My every instinct tells me they will.


But - and this is why I commend MyCake and its analyses - instinct needs to be informed and challenged and improved by data, comparison and reflection. (What I refer to in Making Adaptive Resilience Real  as 'situation awareness'.) We may not all read the data in the same way, but we should be prepared to look at the evidence, not wriggle out on a flimsy 'we're unique' case, and make difficult decisions.
arts policy; collaboration data Making Adaptive Resilience Real; benchmarking