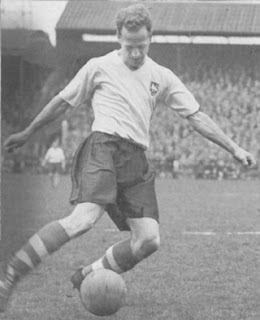 It’s a year exactly today since I wrote my first Thinking Practice blog, in the first week of the company. It’s been a busy, interesting and challenging year for me, and I’m pleased to see that I’ve managed to blog 52 times in the last year – a neat once a week average. Thinking Practice has gone even better than I might have thought this time last year, with lots of interesting work and opportunities coming my way. I’ll spare you the pitch disguised as review of the year – you can see the client list here  if you’re really interested. Suffice to say I’ve enjoyed working with some great organisations, enjoyed helping people work through issues, problems and opportunities, and generally having no official position in the world whilst talking to lots of interesting people and using my brain.
Here’s a Top 10 things I’ve learnt in the last year (mainly about myself):
s regular readers will know, I’ve done lots of talking this year about resilience – in Huddersfield, Leeds, Newcastle, Manchester, Belfast, London, Lincoln, Wellingborough, Glasgow, Plymouth as well as more informally. It only struck me part way through the year that maybe my interest in adaptive resilience was psychologically as well as strategically driven. I wouldn’t want to get too deep into that, here anyway, but I have definitely drawn on my core values,  my willingness to take risks and adapt in the light of disturbance, and had to keep aware of the situation around me and try to achieve some predictability to my financial resources, just like any resilient arts organisation. I’ve looked deeply at my assets, and been prepared to reassess that reading as I’ve gone on. I’ve invested in my own skills and ability to self-sustain. I’ve been ready to change, above all. Combining that risk-taking and integrity has been as core, as it will be for anyone facing a similar or parallel situation in the next year or so, as further cuts bite, but I can say, if it suits you, it can be real fun.
So, happy birthday to Thinking Practice – which thus shares its birthday with the great great Sir Tom Finney, 89 today. (Sir Tom had his own way of drawing on key skills and assets, being famous for keeping his plumbing business going even as he was England’s main man. It’s a shame the same can’t be said about our beloved Preston North End, who've not been in the 'top flight' since he retired.) Mentioning football on Twitter seems to always cost me one or two followers, so I hope that doesn’t happen here, but sod it, it’s all culture to me – happy birthday Sir Tom! If you got to go because of that, go now.
my shallowness Thinking Practice