Five a Week 5: Some Things to Read & Think About 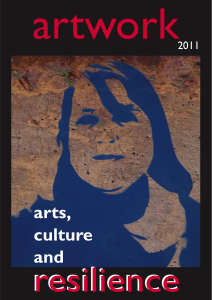 1. A CLOSER LOOK AT CREATIVES
I did a piece of work last year that including looking at job descriptions and person specs for artistic directors. My conclusion was you had to be superhuman, so broad was the spec on most. One even specified high standard of personal hygiene and presentation, suggesting that the organisation had, you might say, ‘been hurt before’. NESTA have done a much bigger exercise looking at the skills quoted in creative job adverts. There are many limitations to it, but is seems to suggest that the T-shaped person known to some HR depts. – ie someone with a specialism but also broad cross-cutting skills – is often looked for in creative roles. The implication for, say, training and HE, being that technical, teaching and people skills will increasingly be as necessary as specialist cultural skills.

2. LETTERS FROM THE GLOBE ARTISTIC DIRECTORS
Some hint of the kinds of personal skills and resources you need to be Artistic Director of an institution like The Globe can be gleaned from the open letters from Emma Rice and Dominic Dromgoole to anyone tempted to apply for the position. These could provide material for several seminars on cultural leadership, covering amongst other subjects: Working with Boards, Collaborative Leadership: Myth, Miss or Mystery, Does Artistic Freedom Trump All? and The Rebirth of the Heroic Leader. Hat tips to everyone involved for their openness.

3. WHAT DOES IT MEAN TO BE RESILIENT IN THE ARTS?
Leadership is mentioned as integral to any resilient arts organisation in this article by Moira Sinclair, CEO of the Paul Hamlyn Foundation, which I thought answered its title question very well indeed. The bit I'd quote is not the bit where Moira notes the influence and ongoing relevance of my own work on the subject, though I’m grateful for the acknowledgement, but the short sentence ‘It isn’t about being static.’ There are other ideas Moira also emphasises, but that informs both the centrality of purpose and the tactics of design.

4. EQUALITY AND DIVERSITY - DO WE REALLY KNOW WHO'S ENGAGING?
This blog by Annie Thorpe of A New Direction also responds to something I co-wrote, the Every Child report for Arts Council England. The report looks at work around Arts Council’s ‘Goal 5’ and the protected characteristics. I was pleased to see ‘useful’ and ‘usefully’ pop up, and also to see how Annie builds on the themes of the report to look at how organisations like A New Direction can  improve data around young people and work together to promote culture engagement by all children and young people.

5. ARCHIVE CHOICE: ARTS, CULTURE & RESILIENCE
Having snuck the link to ‘Every Child’ into the previous paragraph, I can use the archive choice to remind you of some challenging responses to Making Adaptive Resilience Real, collected by the Australian Community Arts Network South Australia in 2011. This special edition of their Artswork journal was themed around that report, and includes a brief summary by me, responses, stories of resilience and descriptions of the uses people had put the 8 characteristics framework to.

My favourite lines are probably these by Nick Hughes of Reckless Dance: ‘One of the best aspects of the theory is that it changes the language and the mindset used to examine a performing arts company. It encourages you to see it as a moving and interacting entity; as an organism rather than a plan or a picture.’