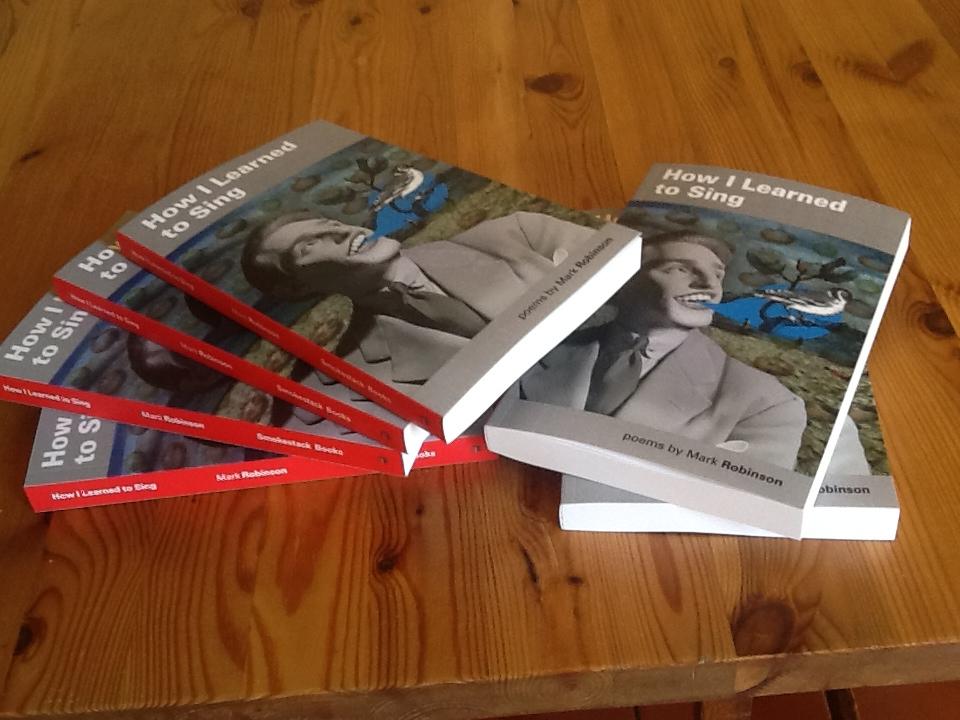 When a poem is published, it's no longer yours. The downside is you often feel it has expired somewhere just round the corner. The upside is that sometimes poems take on a life of their own. Or more precisely, readers give them life beyond their published form or the rites of performance. They pass them on. They anthologise them. They do surprising things with them. They take them into their own lives.

This has happened to me a couple of times. Once, my poem ‘Buttocks’ was used in a Longman school book, in a compare and contrast exercise with a poem by Louis Macneice and ‘The Road Not Taken.’ That was a surprise when I read it. (One question asked ‘Do you think this poem is any less serious than the other two?’) Happily, it does allow me to say teenagers have been compelled to compare my ‘Buttocks’ to Robert Frost…

I was thinking of this because I recently had an email from someone about my poem ‘Domestic Bliss’. They explained why they were getting touch:

More than 10 years ago now I read and loved 'Domestic Bliss'. I studiously copied it and ever since it's been displayed in many, many forms, from framed italics to embroidered cushions in every house (and country) I've lived in. I never took note of the writer so till now it's been anonymous and, each time it is reborn I have a quick Google in the hope of finding out who wrote it and what else they might have done (if I love this so much, what if the writer has more?)

The person had found the poem on Anthony Wilson’s Live-Saving Poems blog – where its inclusion and Anthony’s kind words had been a lovely thing in itself. You can read Anthony’s blog here.

Now, if I’d been Wendy Cope, who has written about how reciting poems should earn a royalty for the writer, I might have sent an invoice and a stroppy note.  (Goodness knows how much she’d want for something almost permanent like an embroidered cushion.) But I was delighted the poem that started life in my head 20-odd years ago had meant so much to someone without my knowledge. Becoming Anonymous but part of someone’s life seems a better aspiration for me as a poet than holding on so tightly. Maybe this just goes to show I'm not a proper poet. Maybe if it happened more often I’d feel differently, but I doubt it. (I believe in home taping too, by the way…)

I don’t write poems to commission for nothing,  unless its for family and friends and I’d be unhappy if you photocopied the whole of How I Learned to Sing to give to someone.  (It would cost you more than the book, mind.) But if you photocopied your favourite poems to paper your loo, I’d be rather chuffed, though a little surprised. I may look into ‘Domestic Bliss’ tea towels though…

Anyway, here is the poem. As Tammy Wynette sang, there’s No Charge….

The mess gets worse as the beautiful world
tries harder, expands on its original mistake –
something crass blurted out in a fluster –
making a mountain out of moleshit.

You and I aren’t bothered. Too busy to
beat the wolves from the doorstep, too tired
to be pissed off about anything, tonight
the blackcurrant wine is dying our tongues

the colour of our hearts. We’re saying what we mean,
for once, and it feels good, making plans
for the future as if there were no tomorrow.
Your smile leaps out from behind your teeth.

We can do whatever we want.
What we want to do now is
get sordid in front of the fire.
The world is hard but worth it.

PS: None of this should be interpreted as not supporting the right of artists to get paid properly for their work. a-n and air are doing sterling work on this at the moment, which you should read about here.