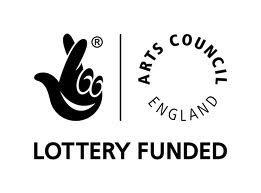 for illustration only: not intended as a funding mark!
I've been thinking a lot about lottery funding, as a result of the recent stramash about it in Scotland and Charlotte Higgins' piece on possible implications for the rest of the UK. I had a gut feeling something was a bit mistaken about the fear of 'the creep to lottery funding', suspecting it had already happened, at least in England, where now all of Grants for the arts, and other 'strategic' funding schemes is derived from lottery income. (As opposed to the first days of G4A when individuals was funded out of grant-in-aid, say.) I've struggled to write something that didn't sap my will to live, to be honest.

So here are a few snapshot bullet paragraphs, just so I can get this topic out of my head. Apologies to anyone expecting an essay that had, you know, an argumentative arc.


Additionality is a long-swum-away red herring, as the principle has been thoroughly eroded in practice, at least so far as lottery-funded projects being seen as additional to what government 'should' support. This would mean that government 'should' fund little more than NPOs in England and we know how daft that would be. (Especially as local government funding shrinks/disappears.) Accepting there is no 'natural' level of government funding feels dangerous and risky, admittedly, even as a thought-exercise, but maybe we should start to examine again the consensus, or lack, about what core infrastructure ought to include and how best to support it, in the warm up to the next spending review.


The ratio of grant-in-aid to lottery is identified as key risk in ACE's latest annual review, potentially constraining their ability to deliver strategic objectives. Maintaining 'a clear distinction' in valid use is likely to exacerbate the 'them that's got shall get/winners take all' pattern which is arguably emerging from recent schemes, leaving some with positively enhanced resilience factors in the shape of predictable income and what it can enable such as reserves, others in a riskier place, and others locked out entirely as the lottery streams are increasingly used to fill holes in the infrastructure left by regular funding decisions. (My primary worry in Scotland would not be for the former FXOs, but for those who never got on that ladder.)


Interestingly, comparing the grant-in-aid: lottery ratio over a period of time, shows that we may be returning to a balance more akin to the turn of the century - before the large investments in culture by New Labour - rather than an entirely new situation. In 2001/2002, when ACE and the Regional Arts Boards were merged, 55% of ACE income came from grant-in-aid, 45% from lottery. In 2006/2007, it was 75:25, and in 2011/12 it was 65:35. (I'm no detailed crawler over accounts so those may not be 100% accurate, but won't be far off.) With the cuts to grant-in-aid happening now, if predictions of future lottery funding are about right, by 2015, it may be more like 60:40. (If things aren't so good the funding gets worse, but the ratio more weighted towards grant-in-aid.)


Lottery funding is not bad funding. For organisations like the one I worked for at the time of the introduction of Arts For Everyone then RALP, lottery funding made a big difference, increasing the scale of investment that was possible via either national or regional funders. Put crudely, we weren't getting our hands on much treasury anyway, and that came year by year if that, and lottery was a boon. The key difficulty now comes because the shift within treasury funding has - on balance rightly, in my opinion, I should make clear - to prioritise revenue funding for organisations, and many organisations have become used to revenue funding.

The Policy Direction given by DCMS to ACE make clear that the defining factor of lottery funding, which is different from grant-in-aid, is that it should be 'to support projects which are for a specific, time-limited purpose'. The implications of this are manifold, and I think there are arguments for project-focused working as a productive and stable model in the right circumstances, but I want to concentrate on one of the problematic areas that could be possibly be tweaked: surpluses and resilience.


One of the fears expressed in Scotland was that the shift to lottery funding would make the arts 'more commercial'. Whilst what a wordy mood would call hegemony is certainly pushing people this way, lottery funding actually makes it harder. You can't use lottery money to make a profit. Fine, many would say, but... This means it can't be used to support creative industries, without some ring fencing away from the profit-making bit. And, crucially, it makes it harder for organisations who are not revenue-funded to create reserves for future investment and working capital, which makes them less resilient, regardless of how many successful applications and projects they have. In theory, a project-funded theatre organisation could run for 20 years primarily using lottery funding, and be no better capitalised at the end of it, which seems daft to me.


If I were grappling with that risk, or was in DCMS talking to lottery distributors, I would be looking at how, within lottery regulations, contribution to reserves could become an element of the full cost recovery model funders should be applying. People could state their policy for investing or using 'surpluses' for their future activity and resilience. I would also look at how more grants for time-limited periods which were more than a year might be managed, but with the development of resilience a key element in the project outcomes. The optimist in me is confident that's just some of what the lottery distributors are talking about as they develop the 'shared agenda' to which ACE's risk strategy refers.