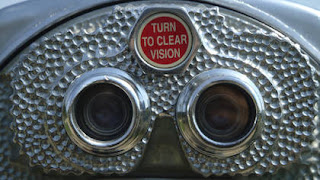 Clare Cooper from MMM challenged me to write a UK version of this really great post by Createquity’s Ian David Moss summarising 10 arts policy stories of the year in the US. I tried to ignore it, but have been lured in. Rather than go back over the last year with my thumb up or down, I thought I’d try and find some ideas (in the shape of words) that might continue to be relevant. I remembered that my former colleague Sally Luton would say words are best used in knowledge of their often-unused opposite, so I’ve connived it up to 12 by including those too.
1.    1. Agency and its opposite Consortium
Welsh and English Arts Councils both made very clear strategic steers towards the ‘front line’ of organisations that make and show art and away from agencies that develop, help, support or otherwise help those processes but don't make work, such as audience development agencies. (Scotland awaits a review.) In 2012 we’ll see a slew of ‘wrap parties’/closures and the movement of lots of work to consortia of people at the front line. Whether that means they’ll be more effective, energised by the permission of 'agency' in the sense of power, or just busier with lots of meetings remains to be seen.
2.   2  Data and its opposite Intuition
In 2011 data became ever so slightly sexier, through the efforts of things like Culture Hack Day,  various attempts at benchmarking and the first Arts Index. (This is a good intervention by the National Campaign for the Arts and partners, although seriously undermined by the full document not being freely available.) Knowing what the hell is going on out there ('situation awareness') should be getting easier, and it should become easier and more commonplace to not just collect appropriate Key Performance Indicators but just them to inform strategic and tactical decisions. On the other hand, I foresee a more sophisticated use of Intuition in 2012, enhanced by data. That means informed risk.
3.   3  Cuts and its opposite Investment
Obviously cuts was a keyword of 2011, but the real cost of them will be felt in 2012 and beyond. This applies not just in the arts right across the UK, but also to the public sector, especially local government, which will have huge knock on effects economically and socially. We will however see local authorities who continue to invest in culture, at the expense of other areas, even if they have to make some reduction in budgets. They may get flack for this, and will need support for investing, but scrutiny of what is being invested, how and where. This applies not just to grants, but also staffing and its structures – in councils of all sorts. The quangic realignment which will continue throughout 2012 – and beyond when ACE make their 50% savings (good luck with that one guys!) – is likely to be more debated now funding near-futures are relatively stable than previously.
4.    4 Advocacy and its opposite Displacement
What is unlikely to help the cause of culture is wholesale carping and cries of doom. We need more effective advocacy in the sense of active support, and less displacement activity. Campaigns which portray ‘the arts’ as threatened to extinction by reductions in public funding hit the wrong chord with too many to work. We need advocates who can, however, show the real benefits of that investment. The Irish National Campaign for the Arts seemed to meet a generally more favourable outcome, based on a more positive campaign. As the cuts bite in the welfare, social care, health and education sectors, I also predict a general loss of patience with the idea the arts are unusually under attack. (At least wherever I am.)
5.    5 Philanthropic and its opposite Earned
Philanthropy was a word of 2011 because it seems to be this government’s only cultural policy idea, and certainly the main one they have foisted upon their national Non-Departmental Bodies. This will lead to a shift in fundraising efforts towards the rich and companies who do not want anything in return (eg profile, hospitality, CPD) because otherwise it turns into Sponsorship which is, whilst good, not really what’s wanted. (And not eligible in schemes like ACE’s Catalyst fund.) This may have positive effects, in that organisations can concentrate on their overall contribution to human welfare and happiness (as perceived by rich donors of course) rather than individual, narrowly instrumental schemes. It may also (or instead) lead to less of an emphasis on the arts earning their revenue like a sustainable business, however it comes – be it from a grant funder or a punter. (I know you have to work bloody hard to get it, but do you earn philanthropy?) Crowdfunding sits, for me, in an odd place. It is often put under philanthropy, which may be helpful tactically, but is also more transactional than that suggests. But it will grow in 2012.
6.    6 Collaboration and its opposite Solitude
It is now a truism that we are stronger together, and like most truisms, it is actually true-ish. Collaboration is one of the ways forward to a more resilient sector, and was one of the defining themes of the year. (Literally, in the case of many conferences.) Peer learning networks such as re.volution will help people collaborate on development as well as projects. On-line collaboration is also obviously going to continue to grow. But we should not forget that most artforms require some form of solitude at some stage, and at least some of those 10,000 hours of practice must be spent on your own, including your organisational own.
6 pairs probably equally important but lacking time to write about:
Resilient/Vulnerable; Risky/Funded; Artist/Creative; Innovative/Proven, Fast/Slow and Diverse/Dull
agencies arts arts policy; collaboration creative industries cultural policy cuts data