On networks and filling gaps 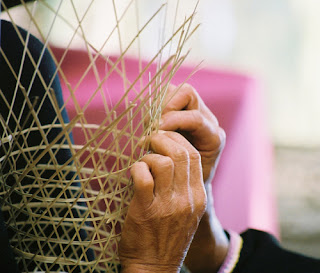 Photo by Buddhasits under Creative Commons
I gave a talk on leadership to a group of teachers last week, members of a Creative Teachers Network supported by the University of Sunderland’s Centre for Creativity and Learning. I need to find time to write properly about some conclusions I’m starting to draw about my own framework for leadership, so won’t expand on that right now. But there was one really interesting thought I gained from listening to the discussion of the other ‘leadership case study’, which was given by Susan M. Coles.
Susan talked through her role in the development of the North East Art Teachers Educator Network (NEATEN, which is, well, neat.) One of the slightly older members of the group commented that in many ways such networks were filling the gap – in terms of support, advice and development activity – created by the gradual extinction of specialist advisors within education authorities.
It struck me that this was a great example of how the voluntary activity of a sector was replacing fixed infrastructures, and of the risks and opportunities inherent in that shift. NEATEN is clearly a vibrant, member-led, non-hierarchical, asset-based way of drawing on the resources of its members and the broader system. (They meet regularly at BALTIC, for instance, supported by the learning team there. They share their specialism and resources in schools.) It seems to work really well for art teachers – and therefore, one would hope, for students.
It also draws hugely on unpaid expertise and goodwill. Susan, who appeared to be chief ‘network weaver’, is a former Advanced Skills Teacher amongst other things. Like me, she is now a consultant. So what we see is arguably a mix of privatisation and shifting into the voluntary sector of a kind of support and expertise formerly provided by the infrastructure. (Another way of putting it would be that the members of the network are now ‘crowdsourcing’ support and expertise, rather than having that provided from one central source, although that does rather over-simplify the old advisory system.)
My point is not really to debate the rights and wrongs of this. It’s too long and broad a shift to blame on any one political party. The old ‘provision and supervision’ model certainly had weaknesses. The insight struck me particularly because I have been working, with others, on some work for Mission Models Money on how best to bring together peers to work on organisational and sectoral challenges, building on a pilot scheme supported by Cultural Leadership Programme – one of the bits of cultural sector capacity given up recently. I have been investigating best practice in network building, and had made a connection to the reduction in capacity within the system, but not seen it as a broader pattern. (The Creative Teachers Network itself is another example, as it follows in the wake of much great Creative Partnerships work.)
A move to more collaborative models is being very much ‘encouraged’ in the arts and cultural sector, rightly so on the whole. We do, however, need to consider in exactly what ways a search for savings and ‘efficiency’ in one area, and ‘empowerment’ and ‘responsibility’ in another, can be made genuinely more productive.
arts policy; collaboration Big Society ecology ideas networks service design strategy