Not minding the gap 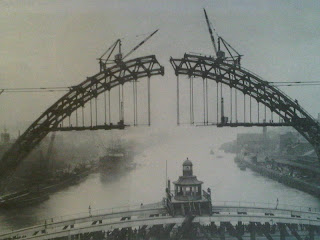 Yesterday I was on a panel at a Westminster Media Forum seminar in Whitehall, on ‘Arts and culture – filling the funding gap’.
The panel was on was specifically looking at options to increase funding. My three key points were all related to how the relationship to funders and audience is primary, not the technicalities. (Although obviously the technicalities can help, be that specific changes to tax relief or use of Facebook/Twitter to ‘turbocharge’ customer service as suggested by other speakers.) Firstly, I suggested changing the mindset, and not thinking about ‘a gap’ but the whole. Gap suggests to me an assumption of ‘core funding’ from someone, topped up by the audience or philanthropists. Better, I’d say to consider all of your income as earned (my second point) by creating value for someone, rather than provided so you can do what you want to. (Grant income being as ‘earned’ in that sense as ticket income or profit from catering – and sometimes not earned as quickly or efficiently either.)

My third point was echoed by a number of others, which is to increase income you need to deepen your relationships and offer more, more creatively. What might happen if an organisation applied Kevin Kelly’s ‘1000 True Fans’ thinking to their work, for instance?

There were lots of interesting ideas that came up during the morning. A few of them were:
My old colleague Moira Sinclair did a sterling job in a tricky position, asked to talk about ACE funding, mid-NPO-process. (What I described to her beforehand as the Seamus Heaney ‘whatever you say say nothing’ challenge.) She agreed with Sandy Nairne’s point about the need to invest in training and development – though I saw later that the Cultural Leadership Programme will close at the end of March, and leadership and organisational development be rolled together within ACE. Whilst understandable from a finance and narrow efficiency point of view, this is a shame, and does further concentrate things in one (shrinking) place, and not following up some programmes and maintaining this training line in the national budget would be a real loss.
If it wouldn’t have been downright annoying of me, I’d have asked Moira two questions:
Both questions, of course, relate to the tension boards and funders share in maximising cultural reach and impact whilst building adaptive resilience, torn between wanting to ‘put the money into the art’, attract audiences and demonstrate value, and ‘investing for future sustainability’.
I think I may also have challenged Jeremy Hunt to show us his will if he wants the UK to be a place where it's normal to leave 10% of your legacy to charity...
Arts Council England arts policy funding