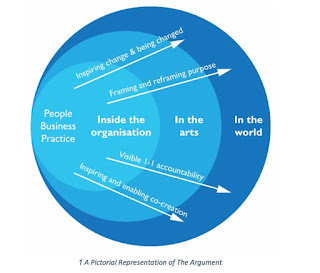 In 2016 Mary Cloake, Chief Executive of Bluecoat in Liverpool asked me to do some thinking practice about the current and future meaning of artistic leadership. This followed some work with Mary and her team on artistic policy and recruitment. It was a good chance to do some reading and thinking, and to test ideas with the Bluecoat team and some other very sharp minds, and we recently launched the paper at an event in Liverpool to mark Bluecoat’s 300th birthday. You can now read it here and it will inform roundtables Bluecoat are running across the country over the next few months as part of their Artistic leadership Initiative.

It’s not a long paper, and doesn't claim to dig much absolutely new ground. I hope it gives a simple and memorable framework for thinking about, and developing the skills necessary for, artistic leadership in what I call ‘contradictory times’. (Shitstorms and sunshine being just one discarded title…) I argue the most effective leaders operate inside their organisations, developing people, practice and business, outside in the sector, and beyond in the world – playing social, civic and political roles.

I also argue those contradictory times and the ‘culture of culture’ are placing unjustifiable burdens on leaders, and in fact many other people too, including artists. I must say, though, that when I suggest we need to stop implicitly or explicitly expecting regular 60 hour weeks from cultural workers, some people tend to nod and agree but in a way that suggest I’m being unrealistic, ‘given our passion for what we do’, and could we move on rapidly before we actually have to change anything?

I am undoubtedly shaped by my own experiences and personality, and I know I find long hours both compelling and consuming. I still work long hours a bit too often for comfort – but not all the time. I stopped that when I left a job that left me sleeping all weekend most weekends, when I wasn’t working them – my ‘big cheese job’ as a friend used to call it, taking the mick. I can’t quite envisage what might make me go back to that. (Never say never, though, of course.) That means giving up some things, of course, (proportions of pay, prestige and pension, just to mention the p’s) but that’s a choice I’m currently happy/able to make. We should not deceive ourselves that the present status quo in cultural work does not also force people to give up other things.

Anyway, as I dismount that particular hobby horse, I hope the Bluecoat paper is stimulating. I’d love to do some coaching with artistic leaders who want to work on the ‘inside/outside/beyond’ basis - you know where I am if that’s of interest to you.
adaptive resilience Bluecoat cultural leadership work

Although it’s been heard much more frequently in recent years, the term ‘arts ecology’ has often been ill defined, if indeed a definition of any sort has been attempted. What the components of an arts ecology are, and how they might interrelate, has been less explored. No matter how detailed or correct any framework is, if it fails to consider how, say, the Arts Council’s regularly funded organisations relate to the whole of the arts, culture or society, it will only be useful in shaping a particular part of the system. Systems-thinking would suggest that this in itself can have negative, unintended, consequences for the whole system. The diagram above illustrates how different sub-sectors may interrelate. It shows a series of ‘nested systems’ where what happens in one impacts on others. (So arguably what happens in music influences what happens in society, for instance, and vice versa. In this theory, even poetry makes something happen.) There will be adaptive cycles at play 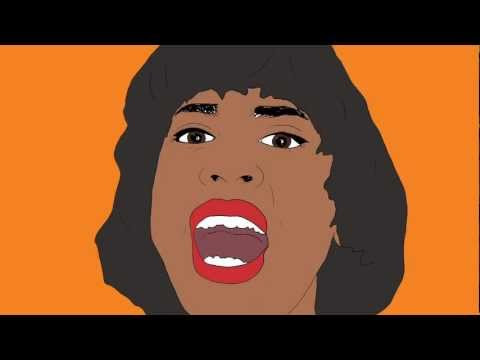 Five A Week 6: Some Things to Read and Think About

1. T AILORED REVIEW OF ARTS COUNCIL ENGLAND If time allows I’ll write something specific about this DCMS ‘tailored review’ of Arts Council England, but it is obviously an essential read. As an end of term report it’d be a B or B+ in old money, I suspect: it concludes value and a good job, but some areas to sharpen up, most of which I suspect fall of into the categories of ‘Already working on that, ta, but will work/think even harder.’ (Prediction: that could serve as the exec summary of ACE’s response.) Some glass-half-empty descriptions of the review have highlighted the ‘must work harder on diversity’ points. I can imagine folk in ACE putting their head in their hands and wondering what more they can do. The pace of change, it seems to me, is not for the want of trying, though obviously not everything tried has necessarily been the ‘right’ thing at he right time. But the actions now on diversity are for the sector, surely, for the board and leadership teams? Anyway, lots of in 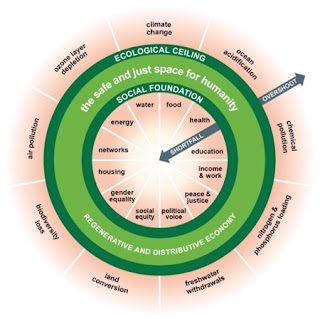 Towards a cultural doughnut?

I recently read Kate Raworth’s Doughtnut Economics , and it was a revelation, one of those books that made me uneasy about some things I’d done/argued in the past, and – more importantly – gave me a frame for thinking harder. I last had a similar feeling almost exactly a decade ago when I read Resilience Thinking   by Brian Walker and David Salt.  Raworth’s book is a good primer for non-economists (like me) on the evolution, limitations and damaging effects of our obsession with growth and particularly Gross Domestic Product and its growth as the sign of health for our economy. She argues we need to reconsider the purpose of that economic activity, as well as the full cost of the activity – which has generally left our use of the earth’s energy out of calculations, leading to the climate crisis we are in now, living as if there were more than one planet. She goes on to offer the eponymous doughnut as a way to define a ‘safe and just space for all’. This has an ‘ecological cei