Five A Week 6: Some Things to Read and Think About

1. TAILORED REVIEW OF ARTS COUNCIL ENGLAND
If time allows I’ll write something specific about this DCMS ‘tailored review’ of Arts Council England, but it is obviously an essential read. As an end of term report it’d be a B or B+ in old money, I suspect: it concludes value and a good job, but some areas to sharpen up, most of which I suspect fall of into the categories of ‘Already working on that, ta, but will work/think even harder.’ (Prediction: that could serve as the exec summary of ACE’s response.)

Some glass-half-empty descriptions of the review have highlighted the ‘must work harder on diversity’ points. I can imagine folk in ACE putting their head in their hands and wondering what more they can do. The pace of change, it seems to me, is not for the want of trying, though obviously not everything tried has necessarily been the ‘right’ thing at he right time. But the actions now on diversity are for the sector, surely, for the board and leadership teams? Anyway, lots of interesting things in here and more of my reflections, for what they’re worth, soon.

2. ANALYSIS OF ARTS COUNCIL ENGLAND NPO DATA
MyCake’s fourth annual analysis of the data from ACE’s NPO data is now available via CultureHive. It is useful if you are wondering how your organisation might compare to others, in terms of say, earned income or sponsorship. It very usefully draws out a range of points, including that there are intrinsic differences in business models between small and large organisations and across art forms.

3. HOW TO HELP WRITERS BREAK THROUGH
In terms of models for supporting the development of artists and organisations, you could do a lot worse than the three principles Steve Dearden sets out in this article about writers. Young writers need, he argues, long-term, flexible support, open access to small amounts of enabling money, and connectivity. Many years ago, when I was a young poetry upstart and chef with only a long-arm stapler and a big knife to my name, Steve gave me at least 2 out of 3 of those, when he worked at Yorkshire Arts, for which I am eternally grateful. It remains a strong manifesto.

4. A GENERAL ELECTION MANIFESTO FOR THE CREATIVE INDUSTRIES
Talking of manifestos, apparently there’s an election on. The Creative industries Federation have published their 10 point manifesto for the creative industries. It’s what one might expect, and studiously applicable to all parties, so it seeks to make the best of a bad job re Brexit, for instance, whilst pushing strongly on education. I’m to be convinced re creative enterprise zones, but like the idea a place would be ineligible if they severely reduce arts funding. I want to know more about the home-grown skills shortage, too – and what the hell the HE/FE sector have been doing in recent years if there really is one.

5. THE UK GOVERNMENT IS COMPLETELY DELUDED ABOUT BREXIT
This is a depressing read, but probably necessary – the title says it all.

BANK HOLIDAY BONUS ARCHIVE CHOICE: HAPPY MAY DAY
This is from 5 years ago. I’ll be honest: I am not as optimistic as I was then when I think about the Paul Mason quote shared here. But the video by Nisha Duggal (which is above) still makes hope rise.
ACE Arts Council England arts policy; collaboration diversity writing young people 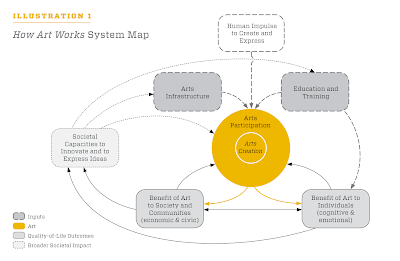 The National Endowment for the Arts in the USA have just published 'How Art Works' , which is essentially their research agenda for the next 5 years, based on a systems map and measurement model setting out how they think art works. The map - based upon a belief that 'the arts are  a dynamic, complex system' and therefore with multiple entry (and exit) points and different perspectives according to the individual - places arts engagement at the heart of how art works, with what they call 'the raw fuel' coming from 'the human impulse to create and express'. The benefits are to individuals and to communities, and to various other fields including the economy. Some people will find the system map and the various illustrations of how you might measure what is happening in the system too complicated. For others it will be too simplistic and lacking in nuance. I find it a good framework for thinking about not just whether art works  but how and when. This 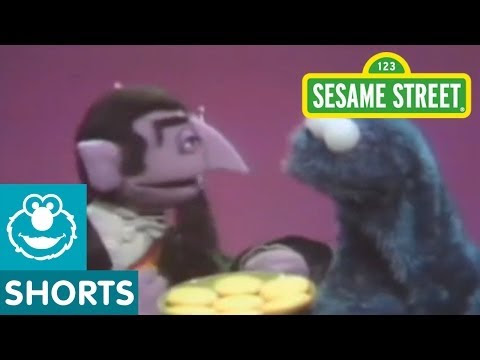 There seem to be a run of events about collaboration, working together, or other ways of putting this. I'm talking at one tomorrow at Northern Stage which you can also see at various places and, I think, on-line. (Certainly there'll be a twitter stream to follow.) You can read about it here . I don't have time right now to explore the theme in detail, I'll maybe do a wrap up of thoughts from this and last week's LARC event at the RSA. But there is a strand that says collaboration is not always the right thing, and that some things described as collaboration are more like cooperation. The above video may shed some light. For those whose minds work differently, the video below may also help.

I don't know whether articles in Arts Professional disappear from their website when no longer current, unless you subscribe, or not. I suspect so, and fair enough. But if they do, non-subscribers should hurry now to see an article I wrote about my experience of working for Arts Council England. You can find it here . I won't share the whole thing here right now, to encourage you to visit Arts Professional's site, and subscribe if you can. But it uses this quote from Buzz Hollings as a means of exploring some of the challenges : “We recognise that the seeming paradox of change and stability inherent in evolving systems is the essence of sustainable futures. We now know that to counteract the current pathology we need policies that are dynamic and evolutionary. We need policies that expect results that are inherently uncertain and explicitly address that uncertainty through active probing, monitoring and response. However, we cannot successfully implement these new polic

Above is the set of slides for the keynote I gave to the Arts Marketing Association conference on Wednesday - click through to the Slideshare site and you can see the text too - everything bar the bit when I made people put their hands in the air and most of the ... well, I'd hesitate to call them jokes, lets go for smartarsed asides shall we? I got some great feedback on it, which is always a relief, and had some interesting conversations around it later. I also got absolutely rightly nabbed for avoiding things which rhyme (like survive/thrive) whilst promulgating an acronym - it's a fair cop, guv. Anyway, thought I'd experiment by sharing it here. Thanks to Julie Aldridge from the AMA for asking me to do it, and for creative conversations along the way - and to the people who came to the session in January I wrote about here that very much informed my thinking. I had a great time at the conference, met some grand people, and heard some really great speakers. Notes f